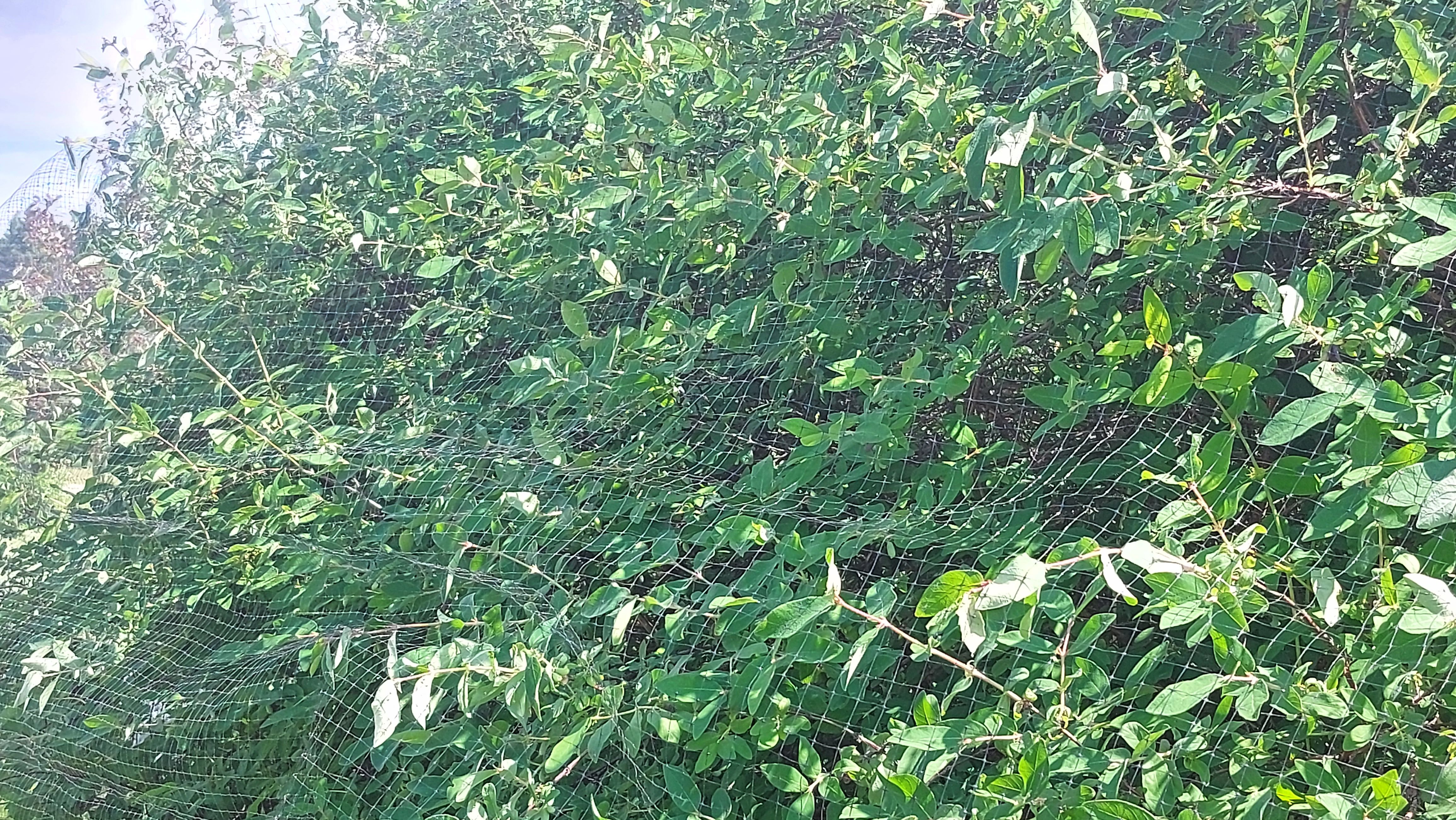 I’ve had so many thoughts, meditations and songs going through my mind of late.  It’s been a very hectic couple weeks, so have not had time to sit down and expand on them until now.

In the middle of the turnaround in front of our house, I have a rock garden, with a back hedge of haskap bushes.  They are quite tall and full, and with the amount of rain we had earlier in the spring, followed by a lot of sun and heat, they have produced a bountiful crop of the tart berries.  I was keeping an eye on the progression of their ripening, and thinking it was almost time to start picking them, when I noticed a fluttering of grey wings  - the inevitable influx of cedar waxwings that descends on these bushes every summer.  They are a truly beautiful bird, and I really don’t mind sharing some of my berries with them, but a flock can quickly decimate the crop!  I have a bird netting that I cover part of the hedge with, to at least preserve some of the fruit, so I quickly found it and draped it over the back section.  The birds are still able to feast on the top branches, as well as get to the berries from the other side, but it allows me to salvage some for my freezer.

I had observed the buzz of activity when the flowers were being pollinated, but things had quieted down until the birds moved in.  I couldn’t help but marvel at their uncanny ability to detect bushes of ripe berries.  It got me curious about the mechanisms God instilled in them, so I did a little research.

Cedar waxwings are very social birds that travel in large flocks, and descend in large numbers on berry crops, as they migrate from Central America, and the USA, to Canada, and back. They are frugivores (fruit-eaters), and for months their diet consists mostly of wild fruit (although they do eat insects as well), so they move about seeking their next feeding frenzy.  Obviously, they must go where ripe fruit is abundant, so they move in and then move on rather quickly.  Finding food motivates their movements.

Apparently they are difficult to discourage once they become established at a specific location, so tend to return year after year.

I couldn’t actually find how they discover the fruit, except that they work together in groups to search out their source of food, and they are very good at taking turns, even passing berries along a line, and “sharing the word”.

Whatever one might think about these birds, they offer us a good example of teamwork, caring for one another, sharing, and seeking food that is life-giving and sustaining.  We would do well to imitate at least those aspects about them!  We need to work together as the Body of Christ to ensure that there is “food” for all, and that we are actively seeking the only “bread” that truly satisfies and brings life – Jesus Christ and His words of truth, and sharing Him with others.

My other thought while in my haskap patch was that although there are numerous berries in the upper branches of the tree, there are many more hiding underneath, especially in the lower branches, much like with raspberries.  I know there are different ways to pick these, such as placing a sheet or large pan underneath and shaking the branches.  (They have to be very ripe for this to work though – and then you need to clean out all the debris!) But, if you simply bend low and look up, you will be treated to a display of the ripest, plumpest, juiciest ones!  It takes some effort, reaching in and around the branches, (and being careful not to tip your container!), but your efforts are rewarded.

As I picked my fruit and pondered this, it was a very tangible reminder of the importance of humility.  We are to be humble in spirit, willing to stoop low and reach out to others, while at the same time, looking up to our Lord for His sustenance, leading, blessing, help, strength and life.

A rich harvest awaits us as we look to Him, allow Him to develop an abundance of the fruit of the Spirit in us, and then share it with our world.

Humility, looking to the Master Gardener, working together and sharing….a great recipe for receiving a bountiful harvest from Heaven.